On February 23, 2018 amidst a worst-in-a-decade flu season, the Japanese pharmaceutical Shionogi & Co. attained approval to sell a new influenza drug in Japan.1 Xofluza (or baloxavir marboxil) works unlike any antiviral previously developed. Instead of preventing infected cells from releasing viral particles, as the established Tamiflu medication does, Xofluza stops the flu from hijacking healthy cells in the first place.2

The strategy of blocking this earlier phase of the viral life cycle was proven effective in the phase 3 clinical trial CAPSTONE-1, which concluded in October 2017.3 Researchers found that taking Xofluza, as opposed to Tamiflu or a placebo, led to better outcomes.4,5 First, patients on the new drug had significantly lower virus levels at all time points after treatment. For example, at the one day mark, 90% of patients on Tamiflu were still positive for influenza whereas only 50% of patients on Xofluza carried detectable virus.5 Second, virus production in Xofluza patients ceased after 24 hours while it continued for Tamiflu and placebo patients for 72 and 96 hours respectively.4 In terms of clinical signs, patients on the new drug saw their fever subside in a median of 24.5 hours rather than 42 hours (placebo). Other flu symptoms typically last around 80 hours (placebo), but those taking Xofluza experienced a much quicker recovery, with alleviation occurring on average within 54 hours.4,5

Although the time required for symptom relief was similar between Xofluza and Tamiflu, the medical community is excited about Xofluza because it induces a rapid reduction in viral load. The new drug’s ability to stop viral shedding after only 24 hours could limit transmission and help contain outbreaks.4 Another major benefit is that the Xofluza treatment involves exactly one dose, making it more convenient than Tamiflu’s five day regiment of two doses per day.2

This breakthrough in antiviral development comes in a year when influenza has been particularly deadly and when the vaccine has been particularly ineffective. As of the end of February 2018, the flu already caused 114 child deaths in the United States, with record high hospitalization rates reported by the Center for Disease Control.6 This year’s flu shots have conferred only 36% protection against the circulating strains.7 While researchers are seeking a universal vaccine that can protect against all strains, experts warn that such a development is at least a decade away. In the meantime, pharmaceuticals including Shiongi, Johnson & Johnson, AstraZeneca, and Visterra are testing potential new compounds to treat the flu post-infection. Johnson & Johnson is investigating pimodivir, which targets viral replication. AstraZeneca and Visterra are working on an injectable antidote that would disable viruses.2 Many of these potential drugs have years of testing ahead, but Shionogi’s Xofluza has already made it through the regulatory process, at least in Japan.

How specifically does Xofluza work its magic? The way influenza replicates in host cells is by hijacking cellular machinery to make copies of the viral genome as well as viral proteins. Influenza carries its genetic information in the form of RNA, a close cousin of DNA. A key player is the influenza virus RNA polymerase, which serves two functions. First, it uses its nuclease activity to cut capped RNA fragments from host cell RNAs. These capped fragments then serve as primers for the copying of viral mRNA, the polymerase’s second function.8 A 2009 study by Dias et al. determined the location of the endonuclease active site within the RNA polymerase, making it a promising target for an influenza drug.9 Subsequently, Xofluza was developed. It is a cap-dependent endonuclease inhibitor that stops the influenza polymerase and thus viral replication.2

Shionogi, partnering with Roche, plans to apply for U.S. approval this summer, with a decision expected in 2019.2 In addition to its proven effectiveness against both influenza A and influenza B strains, Xofluza also has potential against Tamiflu-resistant and avian flu strains.5 If the new drug lives up to the results reported in the clinical trial, it would be a groundbreaking development in antiviral medication. Requiring only one dose and inducing recovery in one day, Xofluza is the future of our fight against influenza. 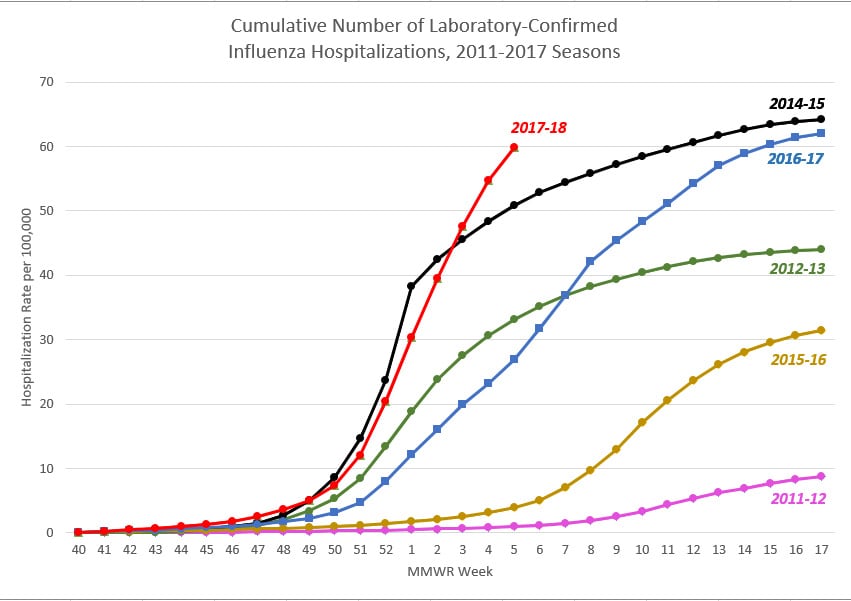 Hanson Tam ’19 is a junior in Lowell House concentrating in Molecular and Cellular Biology.